These two Arizona cities are the fastest growing in the US, according to population estimates released by the U.S Census Bureau.

Phoenix saw the largest numeric increase during this time frame. adding 25,288 people for a total population of 1,660,272.

This is the third year in a row that more people moved to Phoenix than any other city in the country.

The Census Bureau announced in April that Maricopa County was the fastest growing county in the country for the third year in a row.

What may come to some as a surprise is the nature of our job market and unexpected areas that have shown increases.  Prior to the recession, most job opportunities came from real estate, retail sales and construction.  But now, financial and business services, as well as healthcare and manufacturing, are meeting, if not outpacing, the industries previously mentioned.  Additionally, Phoenix, dubbed by some as "Wall Street West," is ranked #3 on the list of cities with the highest number of workers in the financial services industry. 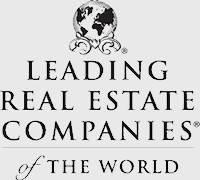